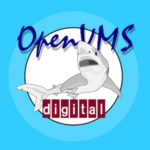 After way too long, I’ve finally posted another of my vintage articles originally published in VAX Professional.

The Extended LOGIN Program details a MACRO program I wrote to perform the functions of my LOGIN.COM. Back when I was working on a VAX 11/785 and a VAX 11/730, some serious performance gains could be achieved by replacing LOGIN.COM with a program, depending on what your LOGIN.COM did. Mine defined dozens of logicals and symbols, set terminal characteristics, and lots more. As noted in the article, the head of Professional Press told me that his login time dropped from 15 seconds to 5 seconds when he replaced his LOGIN.COM with LOGIN.MAR.

You won’t see those kinds of dramatic increases on modern OpenVMS systems, but it’s still a lot faster and more efficient to use a program. 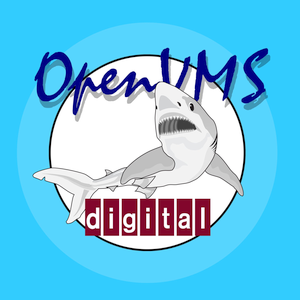 I’ve posted all the remaining articles in my VAX MACRO series.

And if you missed it, there’s also my other series of OpenVMS articles:

I’ve posted the fifth article in my VAX MACRO series.

I’ve formatted and posted the first four (of twelve) articles in my VAX Professional series “MACRO Made Easy,” which is an introduction to programming in MACRO-32, the VAX assembly language (and Alpha and Itanium compiler).

I’ll post the rest of the articles over the coming few weeks.

From 1986 through 1994, I wrote thirty-six articles for VAX Professional (later Digital Systems Journal), a technical journal for OpenVMS programmers and managers. My first article was published while I was still a student at Western Kentucky University. It was quite a thrill!

During that eight-year period, I wrote a dozen articles about programming in MACRO-32, the VAX assembly language. At one time, that was my preferred programming language. I still do a little MACRO-32 work, but it hasn’t been my “go to” language for many years.

The last seven articles I wrote were co-authored with Ed Heinrich. We had pitched a book idea about OpenVMS Systems Programming to DEC Press, but for various reasons, the book never happened. The project started as a day-long seminar we presented at DECUS Symposia a couple of times. Once the book fell through, we decided to turn our seminar into a series of Digital Systems Journal articles.

I’ve posted the articles here. Though they were written when the Alpha was new, the ideas presented in them are largely still useful techniques for systems programming under OpenVMS.

Incredibly sad news this morning: Mark Talbot-Butler has died. His willingness to share his time and collection with APES fans was immense. Over the years, he contributed nearly 2400 high-quality scans of APES stills to the Archive.RIP, Mark. I will miss you.--Hunterpota.goatley.com/stills/ ... See MoreSee Less
View on Facebook
· Share